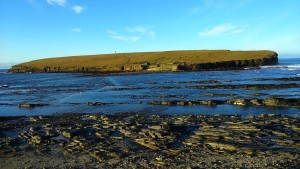 Winter storms and six-hour daylight in Orkney may be your impression of the Northern Isles in December but, at Annie’s Place, never was it so far from the truth than this Christmas time. While much of Scotland and the North of England has been suffering continuous rainclouds and floods, here we are, at Palace in Birsay, on 29th December with warm sun shining through the windows, and calm seas out to the Brough of Birsay.

On Boxing Day, we strolled out to the Whalebone in brisk sunshine and were surprised to find some fulmars already perched on the nesting cliffs, tempted back from wintering on the ocean by the mild temperatures.

A local bride, married at Quoyloo this afternoon….Orcadians don’t let early nightfall get in the way of their festivities. We hear that the wedding photos were taken out on Skaill Beach, with Skara Brae and a golden horizon for a background. What a setting for a winter wedding in Orkney! 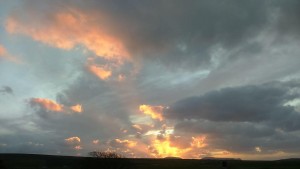 Lightness in dark days. It has always been like that in Orkney: on Christmas Eve, we passed by Maes Howe where the ancient peoples built their mysterious temple to greet the low sun on the winter solstice. On that day, (21st December) a gleam of sun pierces right through the narrow entrance passage to light up the inside of the “resting place.”

It depends on weather conditions, of course, but in 2015 it came out just right….clear skies with a glorious sunset across the mountains of Hoy.

Visitors on that day were privileged to witness a Neolithic magic lantern show to match any Star Wars spectacular. 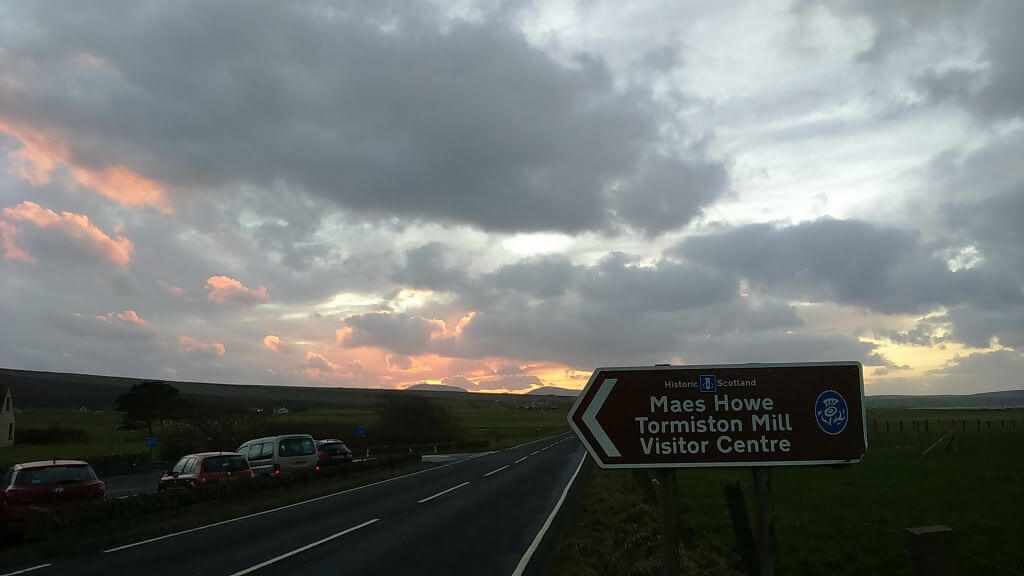