Robin has been nominated as Charity Champion for his charity work endeavours on behalf of MiHCScotland. He is one of 4 finalists across Scotland. If you would like to vote for him then click on the link below which will give you further information and the voting sheet. Under the link and its information I have included a range of photos showing some of the viewpoints that Robin climbed with friends and fellow Orcadians. Once there, he played the fiddle tunes which he had specially composed for each place, based on the hymn to St Magnus, patron saint of Orkney. This year he will be playing all tunes in seven Care Homes in Orkney as well as giving talks across Orkney and Scotland about his venture and MiHC.

Article about Robin in last month's Living Orkney April 2019 as he plays his fiddle above the Old Man of Hoy on the highest cliffs in Britain! 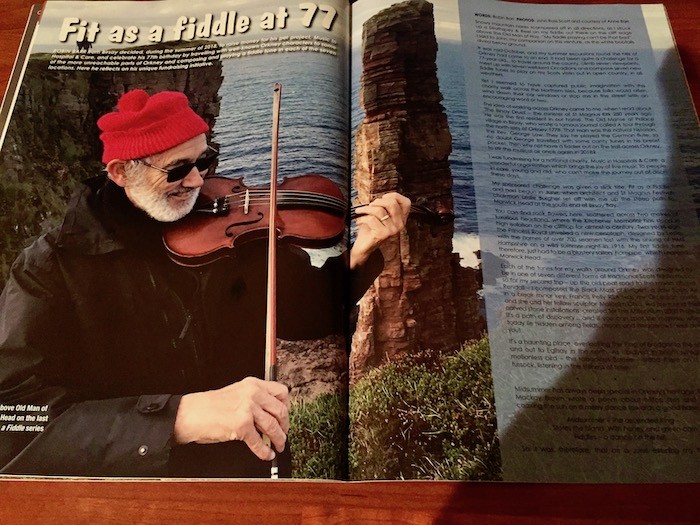 Robin practising for his first walk up Marwick Head to play a Scottish Hornpipe composed in memory of the sailors who lost their lives in 1916. 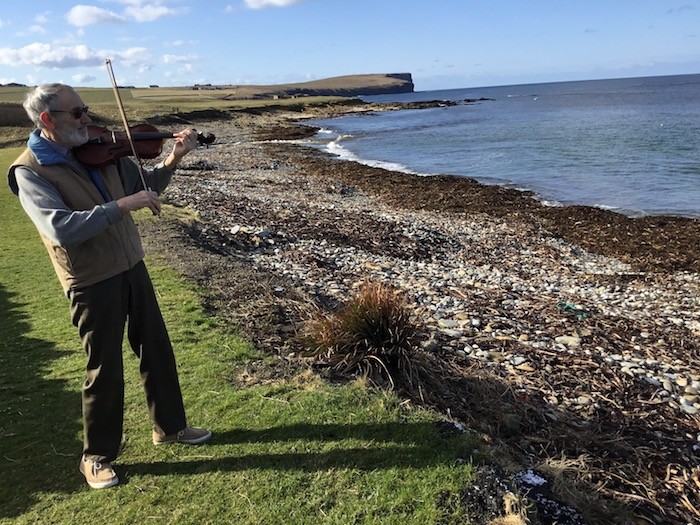 Robin resting at the top of Brinkies Brae after leading Orcadian friends to the top with his pipe march tune :"We're a' going up Brinkies Brae" 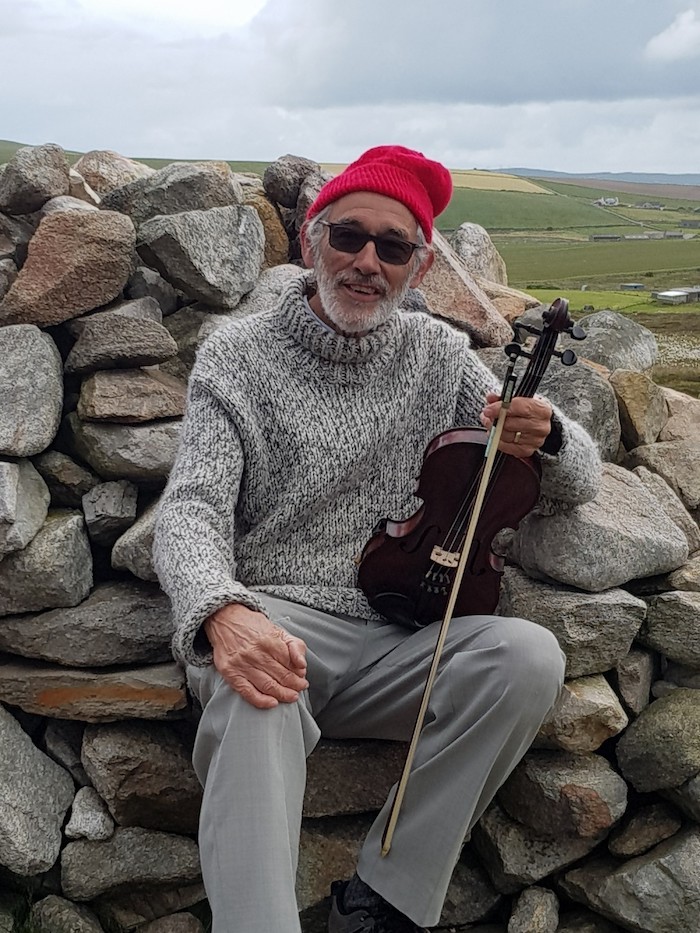 Robin about to enter King William's Cave which is only accessible for a short time at very low tides; he played his tune as fast as he could! 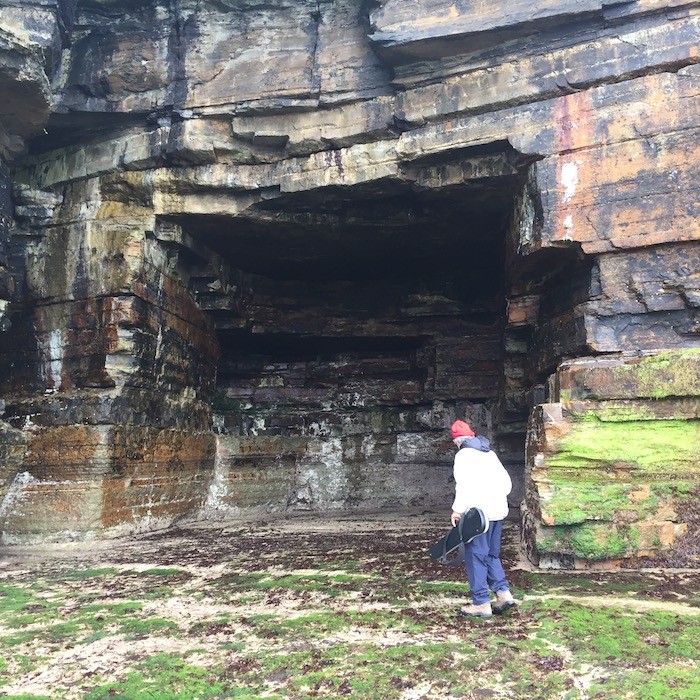 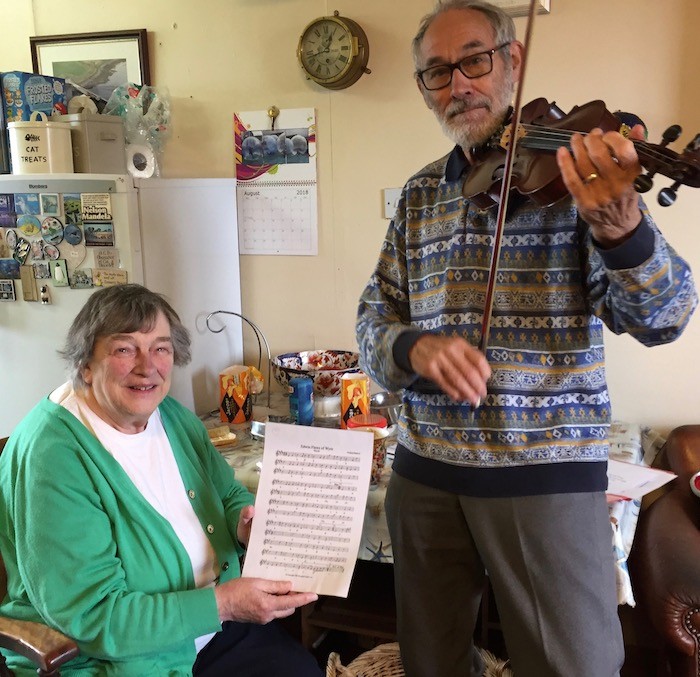